The Power of Distance Healing

“Everything is energy, and beyond that is Supreme Intelligence.” -- Albert Einstein

Whether it is based upon faith (spiritual and religious) or upon scientific evidence (quantum physics), numerous experiential and scientific studies have demonstrated the efficacy of “distance” healing (also referred to as “remote healing” or “non-local” healing).

The concept of one person sending/channeling intently focused healing energy to another person (distance healing) is not a new concept. In the 5th century B.C., for example, Yogis wrote of “healers” directing a healing force from their hands that cured people; stating that this “cure” could occur over long distances by the healer consciously directing focused healing intent toward the patient.

In Albert Einstein’s work on “vibratory resonance,” he concluded that if two electrons of a single atom, are separated, and one of these electrons is placed on the moon (for example) and the other of Earth, that by altering the frequency of the electron on Earth the frequency of the electron on the moon, would change simultaneously, and also instantly. The two are energetically connected no matter how far their location/distance from one another -- and, just as these electrons are connected, so are people.

According to Einstein and Thomas Edison, humans can both (via the brain, the mind, the energy field) transmit and receive energetic frequencies. Both scientists, independently of one another, concluded that the human brain emits frequencies which when focused are picked up by other human brains -- very similar to the way radio waves work (or how televisions, satellite dishes, and cell phones work).

These energy frequencies can pass through the same things radio waves do; however, according to Edison and Einstein, the frequency of the brain has some very unique characteristics. These frequencies can travel faster than the speed of light (instantaneously) and can be picked up at the exact same moment by another human being on the other side of the planet, with exactly the same amount of energy.

Basically, these frequencies have the ability to transcend time and space. The only requirement -- a focused sender and a focused receiver (like dialing your phone and sending the vibration of your voice ten or a thousand miles to another person; a person who can translate those vibrations into physical, mental, emotional, and even spiritual reality).

According to physics, everything is made up of energy. Countless studies and experiments, often based on the quantum physics “non-local” theory that all energy is connected (that we are all connected), have been conducted -- and have shown that the focused healing intent of a practitioner does affect the healing condition of the intended client/patient --  no matter the time/space difference between the two. (Even Harvard holds seminars on non-local healing!)

Because all living things are made up of the exact same basic “quantum” material, physicists theorize that everything is interconnected in an “invisible web.” At the quantum level, location, therefore, ceases to exist. All points in space become equal to all other points in space. This “quantum non-locality” indicates that energetic “information” is subtly, but effectively, being “transmitted” throughout time and space; and that it is both instant and enduring and, most importantly, independent of time and space (as Einstein had previously theorized).

Basically, distance healing is “wireless” healing; healing that has been proven effective and enduring! (If you would like more specific information on distance healing research, I would recommend the article “Distant Healing”, by Daniel J. Benor, M.D., in which he summarizes the effects of distance healing as measured in more than 100 experiments.)

To promote the healing response, you must get past all the grosser levels of the body-cells, tissue, organs and systems…-and arrive at a junction point between mind and matter, the point where consciousness actually starts to have an effect. -- Deepak Chopra
Harnessing over 20 years of experience, based upon an intensive foundation of learning and mastering theory, techniques, and practice, Kristina offers to serve as a “channel” of energy-balancing healing -- focusing intent and in-depth skill and knowledge to offer you Spirit Way Distance Healing – regardless of where you live on this planet!

Click on the side tabs to read more about how Distance Reiki and Distance Shamanic Reiki can help you .... immediately.

The Proof is in the Relief!
You can HEAL Today!

If you sign up for the life-transforming "Path of Direct Revelation Training/Mentorship" (where you learn, one-on-one with Kristina) with a friend or family member -- you each will receive 20% off! (If three of you sign up to experience this, and support each other through this spirit-expanding training, you will each receive 30% off!).
Why? Because although this is a personal path that awakens your mind, body, and spirit -- it's always good to have someone on the path next to you to share stories with and to enhance the learning!
Blessings! The Proof is in the Relief

Please feel free to contact me if you have any questions at: spiritwaydistancehealing@gmail.com 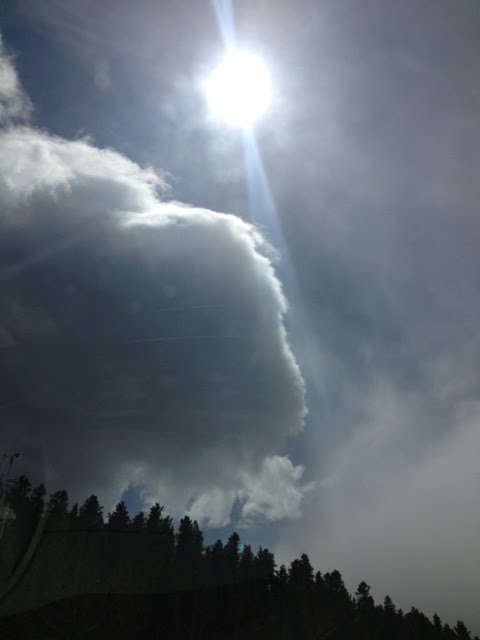